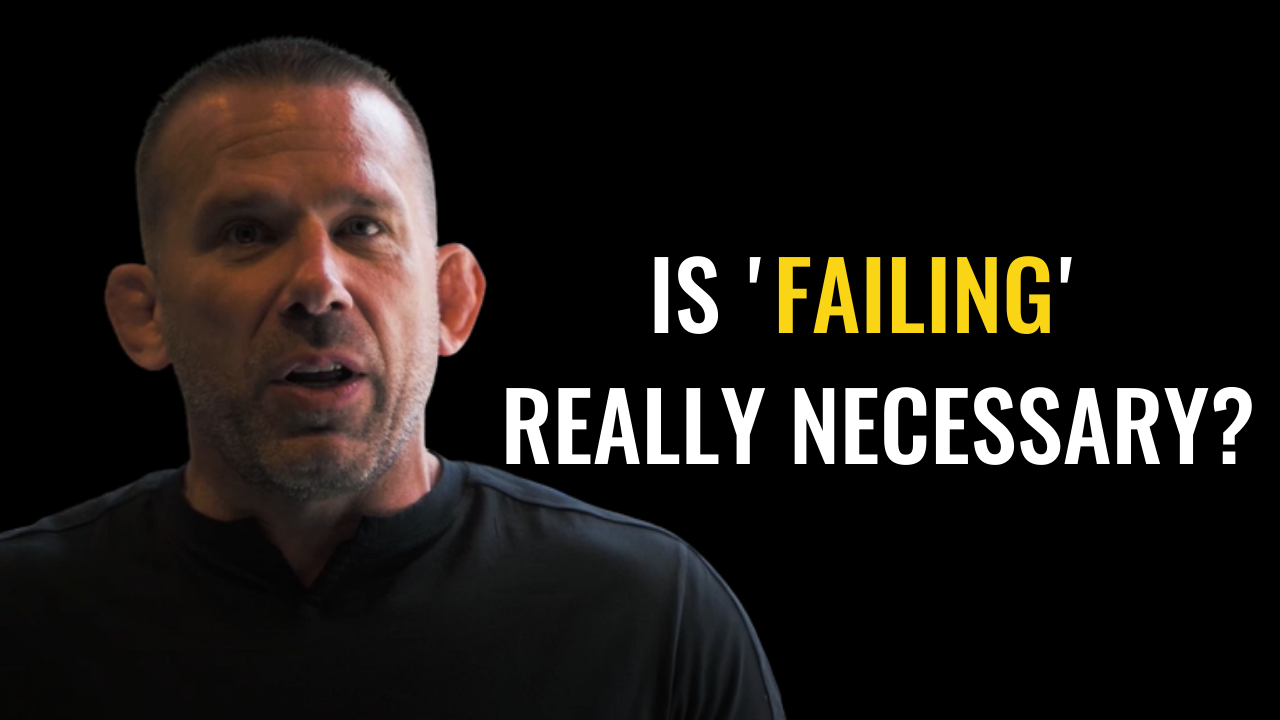 Do you really need to fail before you succeed?

Can we skip the 'failing' part?

Back in 2001, I was a stockbroker.
Everybody knows what happened in 2001.
I started in March, and in September, 9/11 happened, and I figured the stock market was going to implode and I would be unemployed. So, it was a real rough couple of years. I needed to go through, and thankfully, survived lots of layoffs.

And then, finally, I had an opportunity to move up at our firm, but it was a sales role. And I always had this thing where I said, "I'm not going to do any sales. Sales are horrible. I don't want to do anything to do with sales." And so, I was like, "You know what? I have to do this though. I need to get a raise, I need to move up in the company."

So, I applied for the job. (I didn’t know everybody wanted this job. I was surprised by the huge turnout!) And boom, I bombed the interview. 😬 😬 😬 😬
I looked great on paper, but I didn't have any confidence. I didn't have any sales confidence. They're asking about sales and stuff like that, and I was like, "Sales. Yeah, maybe later." So, completely bombed. Could have given up then and there. I was like, "No, no, no, no, I'm going to regroup." It sucked. All my friends got hired, a lot of them did EXCEPT me. And I had to stay at my old job while they all got promoted, and got more money, got to do a cooler thing. And it sucked, it was horrible. It was just not fun.

So, "Have you ever felt like a failure?"
Obviously, if you've tried anything, you must’ve failed, unless you're just super lucky.
Even Tiger Woods fails at golf sometimes.
Jordan missed some game-winning shots.
You're going to fail, and that's okay, because you learn from it.

So, I didn't get down on myself.
I told myself, "Man, I got to learn how to sell, because apparently you have to learn how to sell if you want to move up in this world."
And I hated sales at the time, I didn't understand sales.
Then once you figure out sales is just helping people, it's so easy. I was like, "Oh, this isn't that bad. I can do this."

So, I started just reading every sales book I can, do any sales training I can. Started talking to sales managers and asked for book recommendations and tips.
I didn't get down on myself.
I flipped the script, made a plan to do it differently. And then, when I went to a whole different route, end up getting a way better job than a lot of the guys had gotten, I actually leapfrogged a bunch of them into a better position because I was ready to go, and I had done the work, and was reaching out proactively to people to get into that role.


So yes, you're going to fail.
It's just part of it.
Unless you want to be average and mediocre, then you're never going to fail and you'll be boring as hell and not a lot of fun stuff is going to happen.
I failed so much in jiu-jitsu, I failed so much in MMA, failed so much as a husband, a father, businessman, entrepreneur, investor. I've failed so many damn times, but then I'd say, "Okay, I failed. Let's improve this. Let's get a little better here. Let's do this." So, you can get better, you just got to keep doing it.

Remember, failure is a key ingredient to success.
It's only a true failure if you didnt learn something from it and you didn't come out stronger from it.
You're going to fail a lot of times. That's okay.
Fail 8 out of 10 times.
If you know me, you know I'm a huge fan of the Pareto principle. The 80/20 principle. That 20% you win. So, say you invested in 10 stocks and eight of them suck, but the two you invested in were Amazon and Tesla, you're doing okay as long as you cut your losses on whatever didn't perform.

Take those challenges, take those risks, do those extra little things, and you're going to see a huge difference once you bust out of your comfort zone and face your failures. Or, you can stay average, stay the same, and just don't do anything, which is fine too, but I just can't deal with that.

Another piece of advice?
Be around people who have made it but have failed so much before. Ask them questions, learn from their experiences!

If you’re needing help with your marketing and sales, click this link
or email me at [email protected]
I’m here to help out.

Get our exclusive Tips & FREE Info

Get our exclusive tips & free info!

Unite With Other Combat Business Owners Just Like You

Enter your info below and we'll add you to our exclusive list and send you a link to our private Facebook community.